I stumbled upon this café as I was searching for a place to have breakfast near the vicinity of my hotel. The café is located along one of the alleyways in the Gion district. They are famous for their thick, fluffy hotcakes. 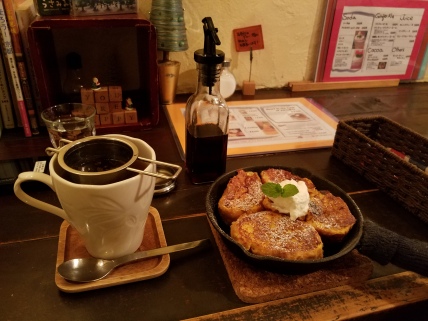 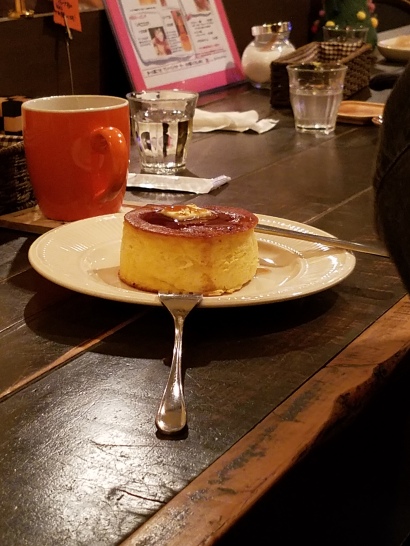 Initially, I wanted to order the hot cake but as I was going to meet someone later I did not have a lot of time. The hotcake takes 20 minutes to cook. Instead, I ordered the french toast (¥500) with earl grey tea (¥300). There is also savory french toast available.
The french toast came in a hot cast iron pan, lightly coated with powdered sugar and a dollop of cream. The french toast was fluffy, moist, and a little crusty on the outside. It was lovely! I would definitely come back for more.

*The picture on the right is the hot cake. The customer next to me ordered it.

This site uses Akismet to reduce spam. Learn how your comment data is processed.

I'm Jess, and I'm a self-confessed foodie. Food made well makes my heart skip a beat.
I love to travel and explore restaurants and cafes at every destination I visit.

The Gluten Free and Vegan Alchemist

A Recollection of Past Travels

Showing the beauty of this world through the people, places and culture

what you create is creating you

Ingredients for a Beautiful Life!

A Blog about Keepin it Simple